Last month I commented on the fact that it has been the wettest January since records began over 100 years ago, this month the news channels were reporting it was the wettest winter in over 250 years.

Am I the only one thinking how the hell can they know that, if records only started to be kept just over 100 years ago? Seems very odd to me.

Anyway, I was two days behind with leaflet and flyer deliveries as February started and was dismayed looking at the BBC online 5-day forecast for the Worthing area – rain was not only shown for every day, but there would only be very few short breaks from it on each day!

The flooding on my beloved Somerset Levels was getting worst by the day, and became the main story on the news channels, with reporters broadcasting live from Burrowbridge on the flooded main A road between Taunton & Glastonbury, and just a couple of miles up the road from where I used to live, so it was a bit surreal for me.

The Levels only dropped down the news agenda a bit when the Thames decided it wanted some of the attention and burst its banks west of London, flooding thousands of extremely expensive homes.

My thoughts are with all those whose homes were flooded, I once helped a mate who run a cleaning business in Taunton to carry out emergency clearing up of several homes that suffered flooding, so I have first time experience of how devastating it is for the home owners.

Back in Worthing, despite the almost non-stop rain, we were very lucky indeed, although it was miserable having to carry out leaflet and flyer deliveries in it, I had no choice but to plough on – I couldn’t let down the clients that had leaflet & flyer drops booked and were relying on the response to boost their businesses.

It’s always great to hear that clients are getting good business from having their leaflet or flyers delivered, there’s some satisfaction in knowing I am doing my bit to help local traders to grow, boosting the Worthing economy.

There was some relief from the rain in the second half of the month, when we actually had some days without any rain at all, which came as a great relief!

We even had a few sunny days, that were very mild for the time of the year, and it was great to be doing the leaflet & flyer deliveries in shorts & T-shirt instead of being dressed head to toe in waterproof gear.

Those dry days helped me to catch-up, despite starting the month two days behind, and all leaflets & flyers booked for the month were delivered by the end of the month.

So, back on schedule, now that deserves a pint or six in celebration!

Well what a month it turned out to be!

It’s not great having to deliver leaflets & flyers in the winter months, but at least the last couple of years didn’t require the use of a wetsuit & flippers!

There’s certainly something crazy going on with the weather, not just here in Worthing or indeed across the country, but right across the world.

Two years ago, 2012, we hardly had any rain during the early months, but as soon as hosepipe bans were announced, the rain arrived and continued almost non-stop from mid-spring to the end of summer. The wettest summer in England since records began over 100 years ago, and the second wettest for the whole of the UK – yes, Scotland did fairly well, bringing the UK average rainfall down a little.

Last year, was one of the coldest and indeed longest winters since records began, it extended well into spring, in fact we basically missed out on spring, going straight from winter weather into summer weather. What a great summer it was too, I got a cracking tan whilst delivering in shorts & T-shirt, across the Sunny Worthing area!

Fast-forward to 2014, and we end-up with the wettest January since records began, which makes delivering leaflets & flyers fairly unpleasant, to say the least.

They say there’s no such thing as the wrong weather, just the wrong clothing – I can’t agree with that. It’s easy to wrap-up against the cold, but not so easy when is comes to rain, yes, you put the waterproofs on, from head to toe, but you generate a lot of heat when you are walking at speed to make deliveries, and, well lets just say, the waterproofs aren’t as breathable as one would like.

I always build some flexibility into the delivery schedule to take account for having to workaround the more extreme weather conditions, but that wasn’t enough for this January. I didn’t finish the month’s deliveries until two days into February; still I should be able to make-up those couple of days in February, in theory.

we are proud members of:

Get the most from your flyer 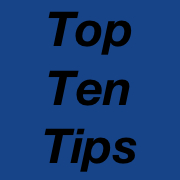